What to do when you are stopped by police Many people panic when they are stopped by police.

Being stopped by the police can be scary. You might not know what to do in this situation. This is especially true if you do not know the English language. Without knowing the English language, it might be difficult for any sort of appropriate conversation or explanations on both sides.

In 2015, one of my friends, a refugee who just entered the United States from Iraq, was arrested by border patrols in Washington State. He had mistakenly crossed the Canadian border and had been arrested by Canadian police. He did not know English well enough to explain why he entered Canada from American side of border. He was in a panic. They arrested him for several days before they figured out that he unintentionally crossed the border while he was jogging in a public park on the border.

Language is not the only problem when someone is stopped by police. Refugees and other newcomers might face another problem: unfamiliarity with the overall situation.

Of course, each situation of stopping and arresting by police is different. But for someone who came to this country relatively recently, it is much more difficult. One thing every refugee, immigrants, and newcomer should know is that dealing with US police is often very different from the places where we came from.

For example, I did not know that if you have been stopped or arrested by US police, you should put both of your hands over the steering wheel. In Iraqi Kurdistan, there is not such a thing. Another example is that if you are stopped by police for speeding, you have the right to see the officer’s electronic device that records your speed.

Based on my experience with the US police during my 7 years of living in this country, these are my recommendations:

1. You might get pulled over when you are driving. The first thing is just to pull over safely and in a place that does not make a traffic jam. Some people get multiple violations due to unsafe stopping.

2. There is no need for any sort of panic, nervousness, etc. Just be calm and considerate and follow his or her instructions.

3. Remember that policemen and policewoman are there for public safety and helping people. Respecting them should always be your first rule.

4. Forget how the police in your original country have treated you. You might have a bad experience in your country. Here in the USA, we are following rules, and this is a nation of law. Therefore, follow the laws and rules as best as you can.

5. If you are arrested or stopped by police when driving, prepare all your documents like driver license, car insurance, etc. This is necessary since sometimes the police will stay at their vehicle for a while to check your car record.

6.  If you do not speak English well, call one of your friends to get some help in this regard.

Honestly speaking, I have been stopped by police a couple of times during my 7 years here in the United States, the majority of times due to unfamiliarity with some road rules and sometimes due to over speeding. Every time, I have been treated respectfully. In fact, most of the time I had been helped once they know I am a refugee or unfamiliar with some rules. 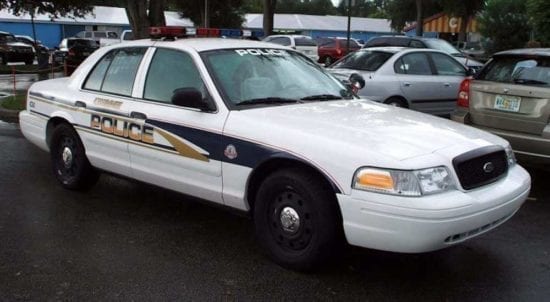