As an interpreter, I’ve witnessed many confusing incidents between immigrant patients and American doctors.

When I say that there was a misunderstanding between a patient and a doctor treating refugee patients, even with the presence of an interpreter, many people promptly jump to the conclusion and think it’s because of the incompetent interpreter.

I am going to precisely highlight the issues at a doctor’s office due to a difference in refugee patients’ culture and distinct beliefs in treatment process compared to the doctor who is treating refugee patients.

First, let me introduce my fictional characters (based on real people):

She has a lot of love and support from her family members, but she gets agitated with her daughter-in-law all the time. Her daughter-in-law is not from the same caste and Ganga Maya thinks that her son drinks because of the guilt of eloping with a lower caste person.

Ganga Maya has some issues with her stomach. She’s not exactly sure what is going on but she knows that she’s been dealing with her stomach ache problem since her son got married. She thinks her daughter-in-law might have cursed her but she has not talked about it with anyone. She knows the fact that her son does not believe in traditional witchcraft. Her son takes her to the hospital every time she gets sick. Ganga Maya knows that the western pills are not helping and really thinks she needs to stay away from her daughter-in-law to permanently cure her illness.

Dr. Steven is in his late thirties and got his residency not so long ago. He lives with a small family of three in a suburban area. His wife is a school teacher. His child goes to private school. Dr. Steve is very witty and is loved at the hospital for his senses of humor. He grew up in a very remote area and had very little contact with other cultures in his college years. Dr. Steve is very passionate about his job. He is a gastroenterology specialist.

She followed her interpreter when she was called inside. Her doctor says hello and asks her if she had trouble finding parking. She is confused. Interpreter promptly replies no.

The doctor then asks Maya this very vague question:“What’s going on?”

So, she replies, “Well, I am old and you know how hard it is when someone is old. There will be lots of issues and you don’t feel like you have enough energy to deal with those issues. At this age, strong support from a family is crucial but not everyone is lucky to have family members who want to provide good care and support. When my stomach hurts and my sons aren’t home, I feel sad about moving to America. You, know there’s nothing harder than not knowing a language.”

Dr. Steve wasn’t very clear what she was trying to say through an interpreter but he gathered she has some stomach issues. To confirm his understanding, he asked again, “So, if I understand correctly, is it the stomach ache? By the way, I understand what it is like to be placed with people who speak a different language. I once had an awful Thanksgiving dinner with my wife’s French Canadian relatives in Montreal. I thought they spoke some English. Oh boy! I had to be quiet for the whole dinner time.”

Ganga Maya responded, “Yes, it is stomach pain but I also have some headache and it’s hard for me to learn anything at this age.”

Dr. Steve asked her if she’s got any pain right now. Ganga Maya nodded and Dr. Steve asked her to rate her pain from the scale of zero to ten.  The interpreter tried to explain how rating works and she quickly said it is number 10. However, Ganga Maya had to drop that number down to 7 after Dr. Steve explained that she would be crying if she’s experiencing that much pain. Dr. Steve records her pain scale on his computer. Then, he asked another question, “What’s the reason for your abdominal pain?”

Ganga Maya found this question confusing because she thought a doctor is supposed to find her illness. She then replied, “I don’t know, but it started since my son got married . . . well, technically it’s not a marriage without our permission as far I am concerned.”

Dr. Steve sarcastically asked, “I just wish I’d got the invitation for your son’s marriage. You see, now I don’t EXACTLY know when he was married.”

Ganga Maya responded, “It was last summer.” Dr. Steven now moved next to her and asked Ganga if he can take her vitals (temperature, blood pressure, and other preliminary checks). She again nodded her head.

After taking her vitals, Dr. Steve asked Ganga Maya to say yes to the medication that she’s taking. He wanted to make sure she’s talking all the medication she needed.

Unfortunately, Ganga Maya forgot to bring her pill bottles and she didn’t even know how many medications she was taking. Then, Dr. Steve asked, “Do you digest well?”

Dr. Steve, with a confused face, says, «Okay …» and starts typing on his computer.

Ganga Maya continued to provide slight hints that her daughter-in-law was the reason for her stomach ache.

She wanted the doctor to hear her hints so he would tell her to stay away from her daughter-in-law to avoid stress. However, Dr. Steven was completely unaware of what she was saying and eventually ran out of time and scheduled a follow-up appointment. He prescribed a few painkillers and instructed her to take one tablet three times a day.

This is a typical medical room conversation between older refugees of different culture and an American doctor treating refugee patients. It’s quite fascinating to observe the chaos of misunderstandings when a western hospital encounters an eastern belief system.

However, this misunderstanding could potentially be very harmful to the patient. Thus, it’s crucial for the doctors treating refugee patients to understand their patients’ background including their beliefs, cultures, histories and, even more importantly, their priorities of life. 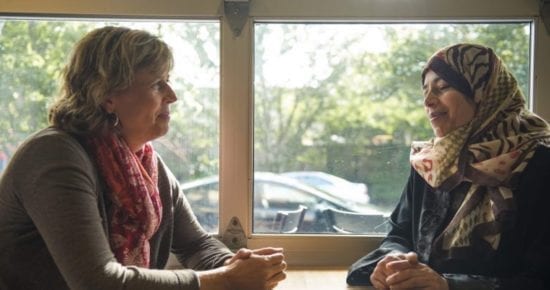 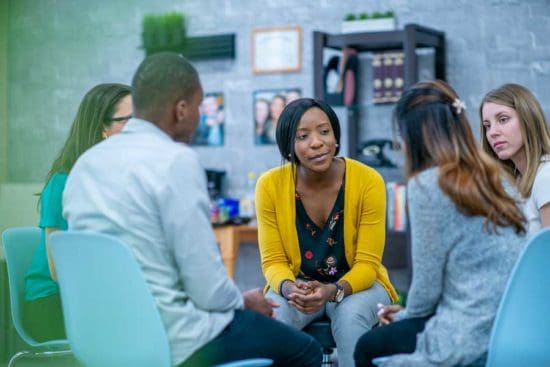