There are more displaced people – refugees, internally displaced nationals, and asylum seekers – than at any time in the world’s history. Learn refugee facts and figures: where the refugees are and what defines a refugee.

The United Nations High Commissioner for Refugees (UNHCR) records official global refugee facts and statistics. According to UNHCR, 1 in every 108 people globally is either an asylum seeker, internally displaced or a refugee.

By the end of 2018, there were more than 70 million people displaced:

Where are the refugees?

The vast majority of refugees live in developing countries on the same continent as the countries they are fleeing. From millions fleeing their home in Central America to the 13 million adults and children displaced in Syria to more than a million South Sudanese refugees in Uganda alone, refugees are spread across the world. Learn more about where the refugees are. Per capita, Lebanon, Turkey, Jordan and Uganda have the largest refugee populations. Only one European country (Sweden) is in the top ten, and the USA ranks 50th.

In simple terms, a refugee is a person who left his or her country to find a new home in a safe place. According to the formal United Nations definition, a refugee is:

“A person who, owing to a well-founded fear of being persecuted for reasons of race, religion, nationality, membership of a social group or political opinion, is outside the country of his nationality and is unable or, owing to such fear, is unwilling to avail himself of the protection of that country.”

Many countries have signed the 1951 Geneva Convention and the 1967 Protocol, the two main legal documents guiding refugee resettlement. The countries agree to the principle of “non-refoulement,” which means they will not force refugees to return to any home countries in which they would face danger or persecution.

Watch a UN video about the refugee experience

After crossing the border into a neighboring country, refugees typically register with the United Nations High Commissioner for Refugees (UNHCR). Once refugees arrive in a host country, they may rely on humanitarian agencies – such as the International Red Cross – to support themselves and their families in refugee camps. Some camps have been around for decades. The average camp houses more than 10,000 people.

Refugees in camps find themselves in a prolonged state of limbo, spending on average more than ten years in a camp. There are amazing stories of refugee entrepreneurs, teachers and doctors, stories of families and communities supporting one another and finding ways to survive in camp; but there is also tragedy, not to mention limited food rations, poor sanitation, limited access to water, violence (especially against women) and a perpetual feeling that one cannot do anything or go anywhere.

Most refugees, however, do not live in camps. “Urban refugees” may fare slightly better because they may be able to find places to work and live in the country to which they have fled. But they often face severe discrimination and abuse, especially if they do not have authorization to work in the new country. It is also more difficult for the UNHCR to provide them with services or protect them.

Only a small fraction of displaced people are resettled in western countries, such as the USA. According to a February 2020 paper from the Brookings Institution, “Only 1 percent of all refugees are resettled in a third country like the United States or Germany; most remain in their initial country of asylum, typically a neighboring country.” Learn more about resettlement of refugees in the USA. 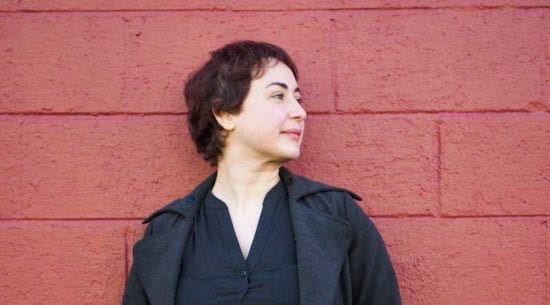