My first experience of discrimination against immigrants America is a great country despite the many problems it has.

Like all other societies and countries, America is not a perfect one. One of the main problems it has is discrimination. Despite discrimination against immigrants and everyone else being banned by United States constitution and all other legal means and tools, it is still practiced on a daily basis.

We came to the USA in 2012. I was a student doing my Ph.D. in political science at the Southern Illinois University for four years before we moved to Montana and finally to Nebraska.

In my first four years, I never experienced any kind of discrimination against immigrants. I was mostly staying at my university. I had socialized a little with the outside community but did not experience real American life.

Once we were granted an asylum status, we moved to several places in America before we settled in Lincoln, Nebraska. In general, Nebraska is very friendly for refugees. The state has a very fast housing program for resettling refugees and displaced people. This is one of the reasons many refugees come to the state. I was one of these people. Once we arrived, my first priority was to find a place for my family.

My friends found a place for me. It was a nice duplex on the north side of the city. It was a nice neighborhood with a quiet environment. We met the owner and had a discussion about the rent. He initially agreed that he would allow us to rent the home. After one day, he contacted me and said he will not rent the home to us. When asked him why the first thing he said was, “You do not have income.” I replied, my wife and I are both students and we have a cosigner. He told us that would not help. I told him we are going to pay for six months in advance. But he still said no.

I told him I will pay all the rent in advance, and still he told me no. Finally I asked him, “What do you want, and what are you afraid of?”

Both he and his wife said, “You are not from the category of people who we want.”

He told me this by phone and we decided to stop talking to him.My wife and I were very sad. My wife was pregnant with twins and she was very sick at that time.

We were searching desperately for a place to rent. That act of discrimination had a huge effect on us at least psychologically. My wife told me maybe they believed we were Muslims since my wife was wearing a hijab when we looked at the duplex with him.

I knew it was a clear case of discrimination, but we decided not to file against him for several reasons. We were dealing with financial difficulties, my wife was sick and close to her due date, and we were not very familiar with how to tackle such issue. We were new to the town and had a lot of things to get done. Also, our own culture and background had taught us not to harm peoples’ interests in any way even if you do not like their actions and speech.

However, I think newcomers should defend themselves in these cases. Refugees and other newcomers to the USA have many of the same rights and freedom as other citizens, according to the US Constitution. Refugees can go to the human rights committees, local churches, and local NGOs for help. Also, there are many legal tools if they faced with clear discriminations an unfair treatment.

I think refugees should be aware of their rights and freedom when they have a discrimination experience.

It is difficult to defend yourself without having the awareness of what’s really going on. Unfortunately, the majority of new refugees and immigrants do not read and are not fully informed about the US constitution and the state legal system. Therefore, most racist actions and discriminatory acts against them go by without being challenged. Make sure you find out more about your rights as a refugee and your rights as an immigrant. 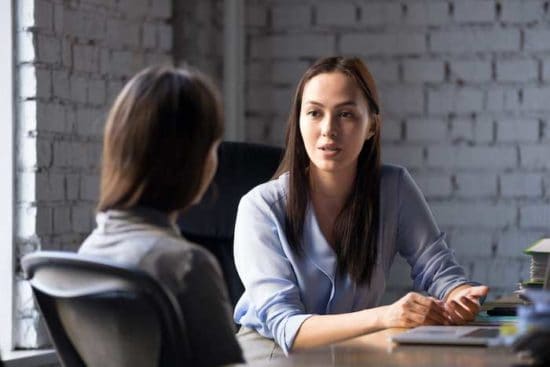